Jeff Hyland is a proactive executive with a proven and strong record of successful sales growth, profitability improvement, and business turnaround. 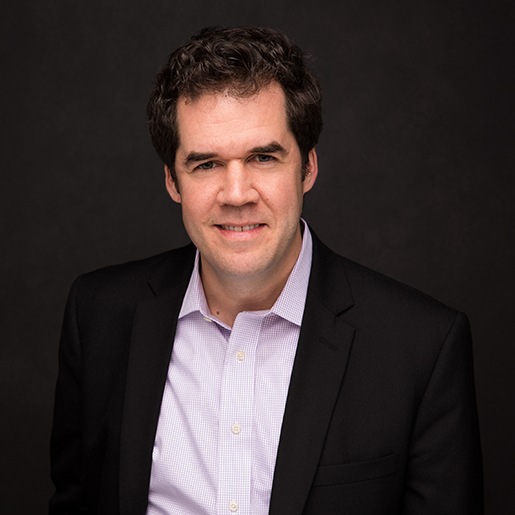 Barak Tulin is a creative, analytical, and effective executive with over 20 years of experience in performance improvement, restructuring and turnaround, financial planning and analysis, transaction services and general management. Although vacancies in an executive team occur regularly, those with an incomplete succession plan to address them are the most problematic. On those occasions, a company can find itself in a growing leadership crisis due to an executive’s resignation, termination, illness, or death. Because the company has not planned sufficiently for the executive’s departure, it may find itself without the bench strength or an outside hire to fill even short-term gaps in functional leadership. The eventual distress that often surrounds these situations makes a C-suite vacancy, whose candidates take disproportionately longer to recruit than other positions, even more challenging to fill. Finally, the distress caused by the leadership vacuum eventually deteriorates the performance of other key employees and their departments. A strong interim management candidate with a broad skill set of running virtually all groups in the C-suite can fill the short-term void and help ensure a smooth transition for customers, suppliers, personnel, and other stakeholders. Such an appointment typically lasts longer than other interim management engagements because of the time needed to reset the organization’s tone, realign expectations, and create a foundation for sustainable long-term performance with an eventual permanent CEO.

In one consumer products manufacturing client, the founder who was loved and admired in both his company and industry became stricken with cancer and quickly passed away. The founder had such a strong personal style and a high degree of influence that no one considered developing a succession plan in the event of a leadership vacuum. Despite this sudden shock to the previously successful organization, the company’s Board acted within days to engage one of our colleagues as the interim CEO, granting him a broad mandate to stabilize the business and eventually position it for its sale. The interim CEO provided stability to the customers, suppliers, and employees, all of whom were concerned about the founder’s sudden demise. We quickly stabilized and grew the business through reducing costs, refining market strategy, and driving revenue growth. Based on the highly successful short-term transition of the company, we recommended to the Board that the business be sold. The Board agreed, and the net outcome was a lucrative return for the shareholders, a positive result for the other stakeholders, and a sustainable future for the company in the hands of another owner.

Companies can benefit from interim managers in both financially strong and failing situations. However, interim managers require a unique set of restructuring skills when the business gradually declines and suddenly finds itself in a financial crisis. These interim managers often carry the title of Chief Restructuring Officer (“CRO”), require a different mindset and agreed-upon objectives irrespective of the C-suite title, and have a more defined time frame to fulfill those objectives than an interim CEO.

The core of the CRO’s mandate is to improve performance, increase profitability, and achieve specific goals as part of the restructuring process, whether in court or out of court. These goals range from stabilizing and turning around a company so that it returns to profitability to managing a bankruptcy process that enables the reorganization or sale of a company as a going concern. The CRO’s goals, and the hundreds of critical and rapid decisions that support them, are often challenging for even the most experienced managers. Whether serving as CRO of the largest poultry producer in the U.S., a Major League Baseball team, an offshore energy producer, a chain of casual-dining restaurants, or a steel processor – all roles that our CR3 colleagues have filled – we have stabilized a troubled business, established clear and frequent communication with employees and stakeholders, managed the in-court or out-of-court process and returned significant value to the financial constituents, in some cases significantly in excess of their expected recoveries.

Think of a company as a living and breathing entity that requires the support of many other companies and individuals, who in turn rely on its long-term viability. Occasionally, those stakeholders lose faith in the C-suite’s ability to execute a plan that maximizes the company’s prospects and long-term value. An interim manager is ideally suited to provide an independent, third-party assessment and implement the realignment of the company’s strategies, tactics, and communications over time. This often takes place in a moderately distressed situation and requires an interim manager with a skill set focused on managing stakeholders along with the operating experience needed to manage the company through a deficit of stakeholder trust.

One of our privately-owned manufacturing clients had lost the faith of its lender. The company had initiated a roll-up strategy with several acquisitions, but its senior leaders were mired in continual disputes among themselves and faced allegations of ethical and accounting-related improprieties. As a condition of providing additional funding to the company, the lender insisted that it engage us as interim managers to assess the situation, tighten controls, improve critical decision making, and ultimately reestablish internal and external credibility. We immediately corrected the accounting errors and initiated a consistent and ongoing communications protocol to stakeholders in order to reestablish credibility and confidence in the company’s future direction. Once we demonstrated that we were following sound business principles and reestablished open and honest communication, we earned back the trust of our stakeholders. This provided us the runway and support we needed to divest from non-strategic operations, improve profitability, and ultimately sell the business, which maximized stakeholder value and proved to the lenders that its trust was well placed.

4. Stabilizing the company during and after an M&A process

Whether or not they succeed in the long term, mergers and acquisitions place significant stress on existing management and stakeholders of the pre- and post-transaction entities during the M&A process. First, the pre-transaction company must remain stable during that period in order not to risk changing the economic terms of the transaction or the likelihood of consummating it. Second, the period immediately following the transaction requires an unrelenting focus on both stabilization and integration. Third, members of the current C-suite may take a dim view of their career opportunities post-transaction and choose not to follow the sold company or even leave before the company is sold, embedding a leadership void in the organization before the deal is signed.

An interim manager with a broad operational skill set, along with specific experience in managing post-merger integrations and setting up his or her position to be filled by a permanent hire, is the best fit for this situation if the buyer concludes that the post-transaction entity may need to be managed by an executive team with different attributes than the pre-transaction entity.

It is difficult to overstate the importance of keeping the right team together post-close while managing the multiple work streams of integrating a newly merged company. Projecting leadership and demonstrating capabilities during this time is crucial to the success of the business post-merger. Once the interim manager has ensured the C-suite functions (e.g., operations, finance, sales, etc.) have a proper foundation post-close, a permanent C-suite candidate can be hired to take the company forward. This can often take more time than the company’s new owners care to admit, but much like with an unplanned C-suite vacancy, the investment in creating a company that can be advanced by a permanent C-suite executive usually pays for itself quickly.

In the reverse situation where a business is being carved out of a larger entity, the interim manager of the post-transaction company should have attributes and experience more like those of a hands-on General Manager than a CEO. The interim manager can then evaluate management’s ability to step into a more prominent role or lead the organization during a transition while the permanent executives are recruited. In these instances, a CEO’s attributes may be mismatched with what the company actually needs; we have witnessed several companies hire someone too strategically focused to run a division and unable to perform the basic blocking and tackling required to manage a smaller and more focused business. For the smaller carve-out situations in which we have been engaged, a detail-oriented General Manager with a balance of strategic and tactical thinking has typically been the stronger candidate.

As objectives and goals within a company evolve, the demands on its C-suite executives also change. Major initiatives and projects can require skill sets that extend beyond normal operating expectations.

For example, a Board may acknowledge the requirement for specific skills to launch a product line, negotiate with influential customers during a significant new initiative, or implement operational changes at plants, divisions, and corporate functions. Additionally, multinational enterprises often require new, local talent as they geographically expand across borders and encounter new cultures, languages, employment laws, and business practices.

Due to the limited mandate and time frame of these assignments, along with the relatively lower level of distress that accompanies them, an interim manager with highly specific skills and a defined scope against which to execute the project would be an ideal choice. An interim manager can provide the local guidance and jump-start the new initiatives while a permanent solution is found, and the existing management team can focus on managing the company while these special projects are brought to a successful close.

Empower the interim manager or deal with the problem yourself

No matter what the nature of our interim management engagements, we have observed a common theme throughout each of them: the company must fully and clearly empower the interim manager to perform their role. Though this is a seemingly obvious statement, we have worked in the past with management teams and Boards of Directors that do not provide the interim manager sufficient resources or political support to do their job.

The key to properly empowering the interim manager is to:

This last point is often neglected, but it is the most critical one in some instances and ultimately necessary for the interim manager’s success. Most employees view interim managers as either a temporary nuisance (“he won’t be my problem for much longer”) or a harbinger of their own termination (“I won’t be his problem for much longer”). Communication is critical to our typical work of turning around companies: it keeps crucial employees engaged, eliminates the information vacuum that drives fear among the troops, and maintains an open line of discussion among all parties that, if dealt with constructively, can help the business succeed during the interim manager’s tenure at the company.

Whatever interim management path a company’s Board of Directors and management team choose to take, empowering the interim manager is critical to the business’s near-term success and eventually filling their position with a permanent hire. Otherwise, management teams without the necessary skills or bandwidth may have to deal with these issues on their own – and like Hemingway’s character, find that after gradually sliding toward a crisis, they suddenly find themselves in the midst of one.