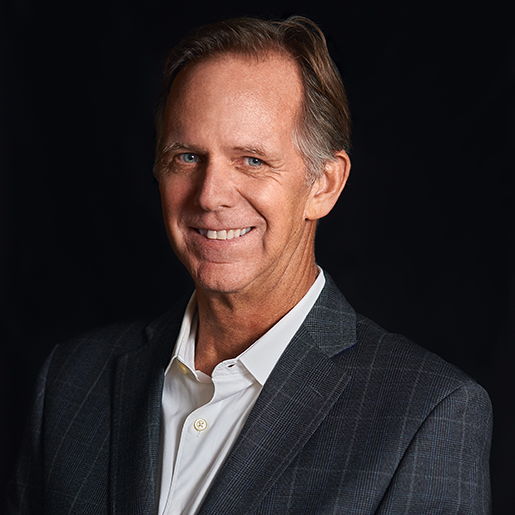 Tim Skillman, a Partner in CR3's Los Angeles office, investigates the future of the California energy industry. Is it doomed to extinction, or can something be done to mitigate its current downward trend?

A friend of mine, who is a luminary and historian of the California oil industry, recently sent me a link to a controversial documentary produced by Michael Moore called Planet of the Humans. My friend and I have spent hours together debating the future of the industry over lunch and field inspections. His passion for the plight of this industry was the inspiration for this article.

His cover notes to the link said the film “really exposes the realities and hypocrisy of the supposedly ‘green’ renewable-energy industry and NGOs. It has those in the environmental movement quite upset.”

In essence, this film argues why solar, wind, and particularly biomass are not the Holy Grail people think they are. Rather, they may be poor alternatives to petroleum-based fuels.  At one point in the film, an automotive-industry executive states that electric cars are actually coal-powered – something I have been saying for years. The U.S. Energy Information Administration estimated that in 2019, 62.6% of electricity was produced using fossil fuels and 23.4% was generated using coal.

California has been the tip of the spear in fighting global warming, as well as advocating for and investing heavily in new policies to drive its citizens toward renewable energy. These policies have helped reduce consumption and emissions while the state continues to grow faster than most. According to the California Energy Commission, California has been able to grow its economy while reducing emissions, as shown in Figure 1 below.

However, these policies are weakening an already fragile industry, and new policies related to enhanced oil recovery, well abandonment and emissions are making it very difficult to continue operations.

“Good!” says my imaginary friend the environmentalist, who disagrees with my real friend the California oil-industry expert. But do the environmentalists truly understand the consequences of oil production going away in California? This would drive a significant reduction in employment and tax revenue and increase the state’s dependence on foreign oil.

“But we export oil from the U.S.,” says the environmentalist. This is true, but California imported 58.4% of the oil it used every day in 2019, compared to only 22.1% of consumption 20 years ago.[2] While the state makes up just 13% of the U.S. population, it consumes more than 40% of the country’s oil imports, and therefore cannot rely on its own production alone to satisfy the state’s energy needs.

“But we need to get away from fossil fuels,” says the environmentalist. Although this is a laudable goal, California’s petroleum-based energy consumption continues to rise, as shown in Figure 2 below. In addition, much of the oil that is consumed in California comes in by ship from the Middle East, more so than from the mid-continent or elsewhere in the U.S. because it is cheaper to transport crude by water than by truck, rail or pipe. The lower carbon footprint and transportation cost of producing and shipping within California versus the Middle East, not to mention the human-rights abuses that take place in certain oil-producing countries, should make Sacramento want to support California producers.

In 2015, California’s then-Governor Jerry Brown established the goal of cutting the state’s current oil consumption up to 50 percent by 2030. And yet, while consumption continues to grow, production continues to slide, particularly in recent years: California’s oil production has dropped by 20% in the last 10 years (see Figure 3 above) while U.S. oil production doubled in the same period (see Figure 4 below). If you compare these two production trends, you can see the impact that California’s green initiative has had on the industry: disproportionately reduced production in spite of increasing in-state demand.

Why should we care? First, despite the decline in production in recent years, California is the tenth-largest U.S. producer of petroleum reserves.[5] There are 248 companies that operate in California, producing more than 330,000 barrels of oil equivalent on a daily basis.[6]

Second, over 360,000 people work in California’s oil and gas production sector under some of the strictest environmental standards in the world.[7] The industry generates approximately $21.5 billion in state and local taxes, including $11 billion in sales tax, $7 billion in property taxes, $1 billion in income taxes, and $96 million in state assessments.[8]

Third, the National Association of Royalty Owners estimates that between 500,000 and 600,000 ranchers, farmers, retirees, and investors receive approximately $780 million in royalty income on the production of oil.[9] [10] That is a lot of lives and livelihoods that depend on the ability to produce oil and gas at a cost that will enable California-based operators to compete with out-of-state producers.

California producers simply should not count on surviving in the long term under the current social, economic and political state of affairs. It is uneconomical for operators to be prevented from using recovery techniques that would dramatically reduce lifting costs and be burdened with the most onerous plugging and abandonment costs in the world. In addition to higher costs, California producers have great difficulty developing new reserves due to increased regulations that are meant to address environmental risks. If the current political and regulatory trend continues, California producers will not be able to continue operating and may not be able to properly plug and abandon their wells once the fields are played out, presenting an even larger environmental issue.

Can anything be done to mitigate this trend, or is the California oil-production industry doomed to extinction?

While the cost of doing business in California is generally higher than in Texas or North Dakota, Californian producers should otherwise be able to compete with foreign countries and other U.S. states for the California crude oil demand: the reserves are there, the technology to produce it is well developed and the workforce is sufficiently talented. But a long history of spills, disputes, and competing development opportunities have starved the California oil industry of the capital it needs to meet in-state energy-consumption needs. Even the potential development of the Monterey Shale, which may be bigger than Alaska’s Prudhoe Bay and could be a key to California’s economic future, is unlikely to take place given all the obstacles to developing new formations.

Ultimately, only two things can reverse the decline in California production: Dramatically higher oil prices or changes to policies and attitudes that would encourage investment. The direction of oil prices is of course outside our control and, given the near-term impact on prices of COVID-19 and the Russia-OPEC price war in the first quarter of 2020, it is likely they will not rebound quickly enough to support continued operations or new investment and may cause some of the larger players to fail or restructure.

As to changing policies in order to encourage investment, ironically the impact of COVID-19 may soften the policy toward oil production: Governor Gavin Newsom and state lawmakers are now contending with a forecast $17 billion deficit in 2024.[11] A renewed interest in oil production could drive the employment and tax revenue that are desperately needed in order to balance the budget and reduce unemployment. The recent departures to other states of several of the largest and most visible California-based companies, including Oracle, Hewlett Packard, and SpaceX, could further exacerbate the budget gap that Gov. Newsom will need to close.

Because hoping for higher prices is not a strategy and expecting a change in policies toward California oil producers is a long shot, I anticipate a parade of restructurings in the California oil industry – something my real friend the oil-industry expert and my imaginary friend the environmentalist should be able to agree on.

CR3 Partners, LLC is a national turnaround and performance improvement firm that assists, guides and collaborates with management teams and their constituents facing any sort of transition, stress, or distress. Tim Skillman is a Partner in CR3’s Los Angeles office.